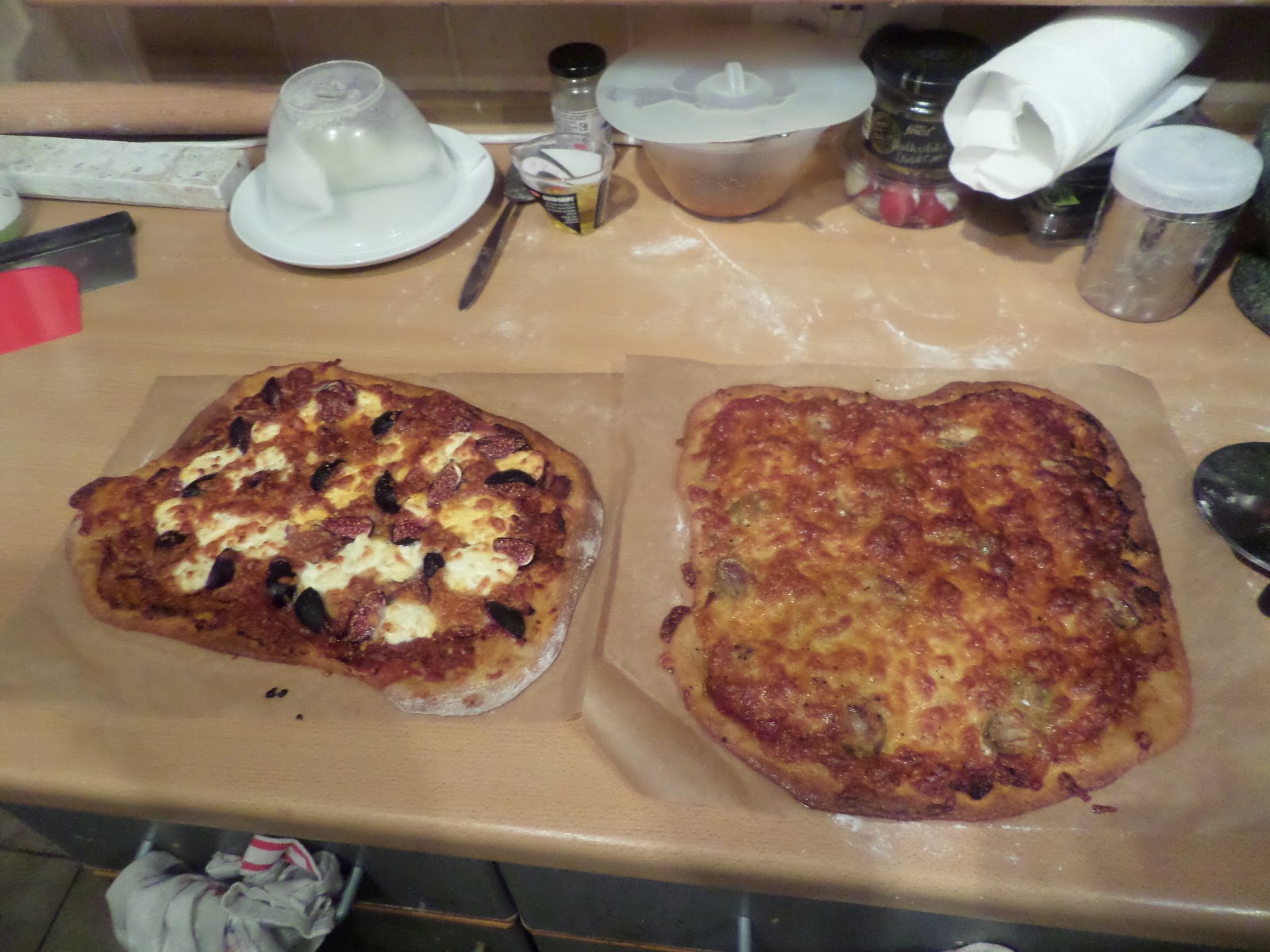 It’s Super Bowl weekend! Which for us is an excuse to binge on American food, starting with pizza for Friday night’s dinner.

When we bottled our homebrew last week it left us with a lot of yeast in the bottom of the fermenting bottles, which I saved and popped in the fridge. Waste not, want not and all that! 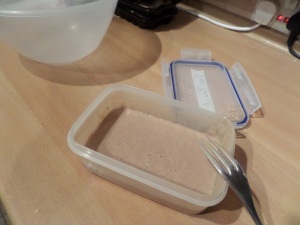 So I’m going to try using it to make pizza. As pizza dough doesn’t need that much yeast activity it’s a nice low-risk way to try using the yeast.

I considered making a third starter from it if it works well, but on reflection I don’t need a third starter, and I have enough yeast to freeze some, plus we plan on making more beer giving us more yeast for bread!

As out beer was an American IPA I’m calling the pizza “IPizzA”.

So: silly name sorted… but how do I use the yeast?

Some research on the intertubes suggests you treat it very much like a normal sourdough starter. What I couldn’t find were any guides on amounts to use, although people did comment that brewers yeast isn’t as active as bread yeast, so my plan is to use lots of it in my normal ‘sodo’ sourdough amounts for the refresh. I was planning on using 100g of yeast, but when I found the ice cubes only took 75 g each, I decided to switch to 75 which gave me enough for this experiment and three ice cubes for future use. 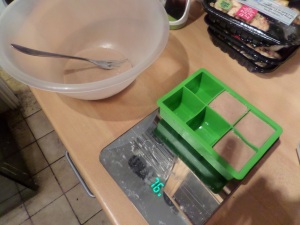 Wow – it really smells of IPA beer when mixing it up! 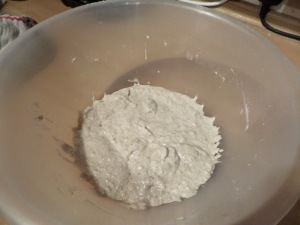 This will refresh in the proofer at 21C on Wednesday. 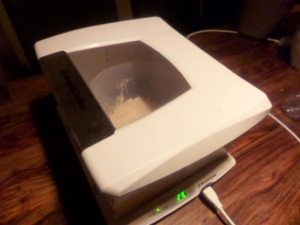 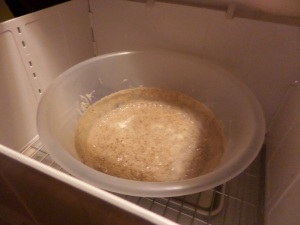 That dark colour is actually a layer of skin that had formed, and it looked a much more normal colour once I moved it aside. 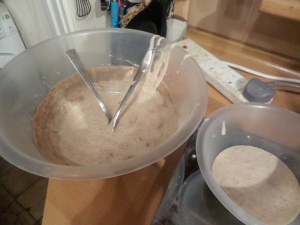 I made it into my normal pizza dough, and let it rise at 30C as I only had just a couple of hours before bed, instead of the normal four hours at 27C. 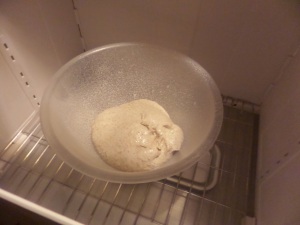 Then it’s into two balls and into the fridge to proof until Friday night. 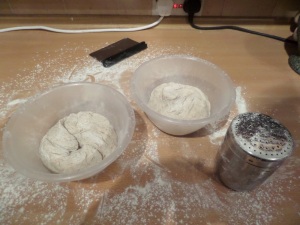 On Friday night it’s time to make into pizza bases.

The toppings were a bit of an afterthought… I was hoping for inspiration, but none came, so it was down to Soph to be my muse… In other words: Soph came up with all the toppings!

So many toppings in fact that the planned two pizzas became four thin-crust pizzas, which actually worked really well as there wasn’t the temptation to make them huge and overload them.

So mise on place… 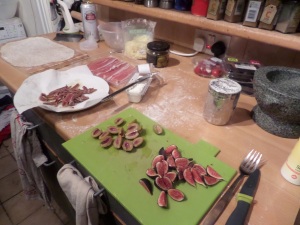 Then on the left we have prosciutto, figs, goats cheese; and on the right chorizo, anchovy, olives – both topped with mozzarella. 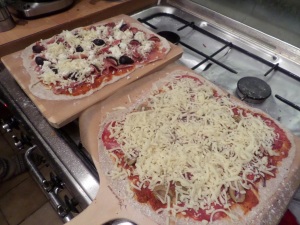 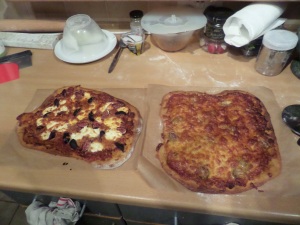 Wow – thin crust for the win! So much better than previous pizzas with their tasty but doughy bottoms; it really held up the filling and had a great crusty edge. Plus the sets of flavours really worked together. No IPA taste… but the dough really worked so we’ll certainly be using the frozen yeast some day. 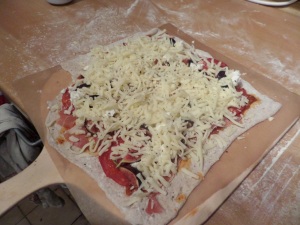 We didn’t have enough tomato sauce for two more pizzas, plus we were fuller than expected, so we ended up making a slightly larger single pizzas with various leftovers, and saving most of it for snacks over the weekend. 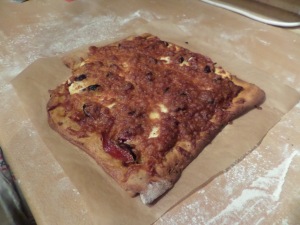 Next time I’ll probably refresh for only four hours, so it doesn’t run out of poof and reduce in size. Apart from that I’ll do everything else pretty much the same.