Our European weekend ends with French onion soup, from Cook’s Country Feb/Mar 2015 p27. It’s a recipe designed for two, so we’re not going to be left with litres of leftovers. It probably means it’s also in ATK’s Complete Cookbook for Two which we already own, but I never notice the French onion soup recipe previously. Oh and it’s also available online, which saves me heading upstairs for the magazine… 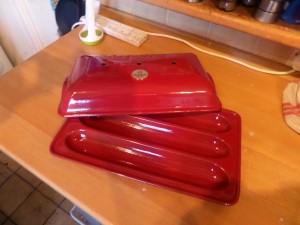 The recipe says to proof in the tin, and then bake from a cold dome… hmm… Anyway at least the dome just about fits in the proofer.

It proofed quickly in the proofer, just a couple of hours needed, which is quick for my sourdough. 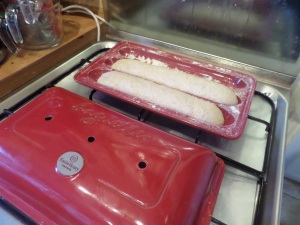 Then I slashed, sprayed and floured. 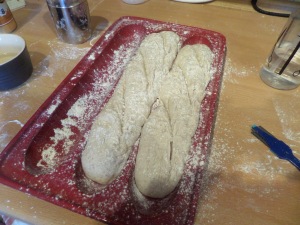 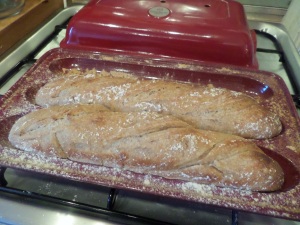 They look pretty good, but they did stick and it took some work to get them out!

But the did come out in once piece, and then cool and get left out overnight ready for use tomorrow.

The trick for the French onion soup it to microwave the onions before frying them, to vastly reduce the cooking time. 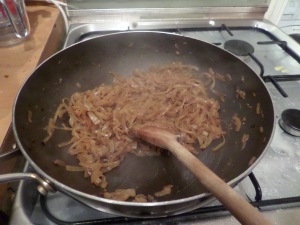 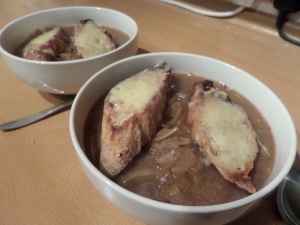 Obviously the croutons were delicious: cheese on toast, what’s not to love!?

But the soup itself was amazing tasty. It’s just onions, stock & seasoning, but it’s so flavourful, and due to the unusual lack of chilli and garlic you can really taste the bay and thyme.

One thought on “French Onion Soup”