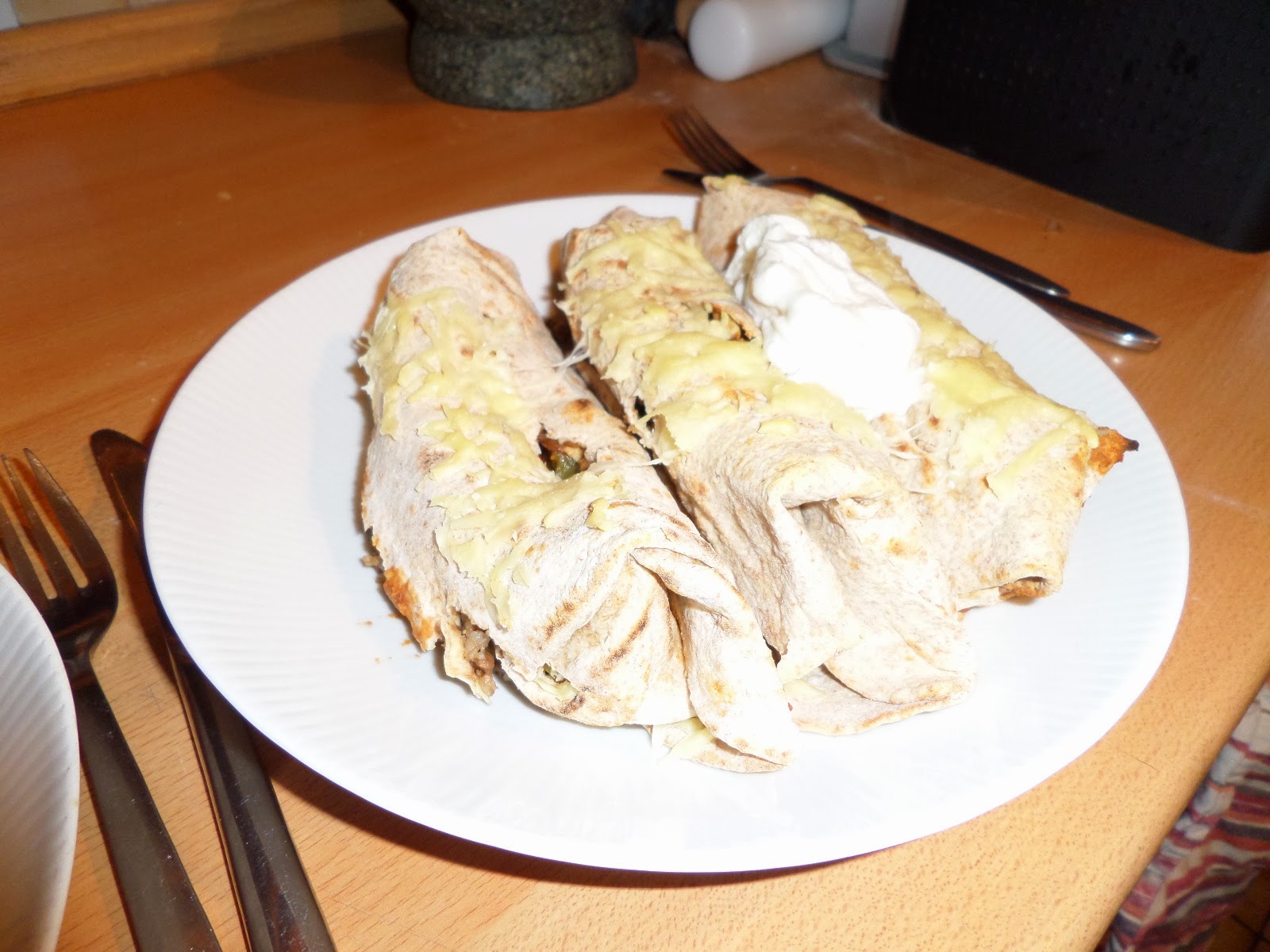 I’ve been looking for an excuse to do burritos for along time now, and the contents of the freezer have provided that opportunity! We’ve got two of Soph’s healthy weeknight staples: a veg chilli, along with a turkey pilaf, which when combined shouldn’t be far off the chilli & rice you’d expect to find in a burrito.

I’m making my own flour tortillas, like I’ve done before, but with wholemeal flour as we’re doing healthy tonight :) These only need about 10 minutes to crisp up in the oven, and I’m not sure that’s enough time to heat through the filling, so I’m going to microwave the fillings before baking them. 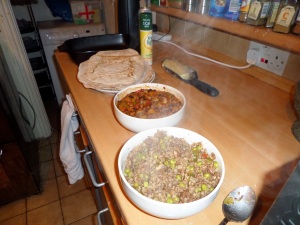 Then: a layer each of the microwaved pilaf and chilli go into each tortilla, which then get rolled up and put in a baking dish, and half-fat cheddar gets sprinkled on top. Sounds easy but rolling the tortillas is rather fiddly, but it worked out OK in the end.

This cooks for 10 minutes in a 200c fan oven to crisp up, then we serve with some 0% fat Greek yogurt (to keep the healthy theme going :) 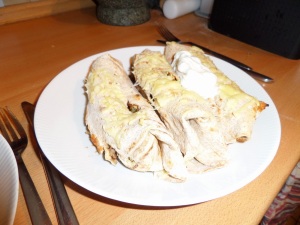 As expected , because it’s mainly Soph’s meals with added cheese and tortillas, these taste great. Really spicy from the chilli, peppery and filling from the pilaf, and the crispy tortillas and cheese and yogurt on top just keep adding to how good it tastes! A winning way to use up leftovers :)