Soph’s away at Glastonbury this weekend, and I’m taking advantage of that to fry cooking with a food she can’t stand: fennel.

Fennel is famous for going well with fish, so I’ll be grilling up some fish, then doing the fennel as a dolphin nose side with potatoes.

So a quick bit of chopping. 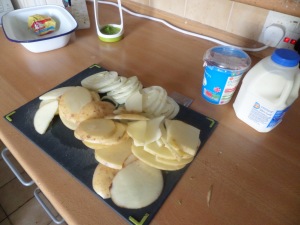 Boil for 10 minutes in milk, cream & seasoning (which in our house is salt, pepper & garlic :). 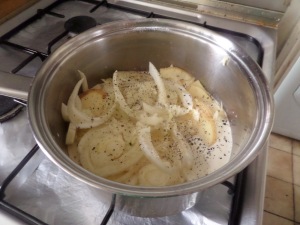 Then into a buttered dish and grate parmesan on top. 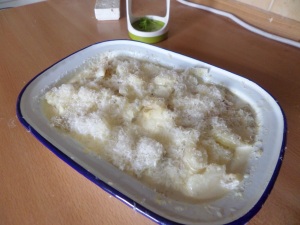 Then into a 160C fan oven for 40 minutes. Which as I forgot to pre-heat the oven is into a cold oven turned to 160C fan before cooking the fish — which is just seasoned and grilled (broiled).

Then it’s time to eat!

MMmmm! This is delicious! Personally I can only taste a slight hint of the fennel’s aniseed flavour, but it does go really well with the fish.

I’ll have to encourage Soph to go to Glastonbury next year so I can do this again!

One thought on “Fennel & Fish”