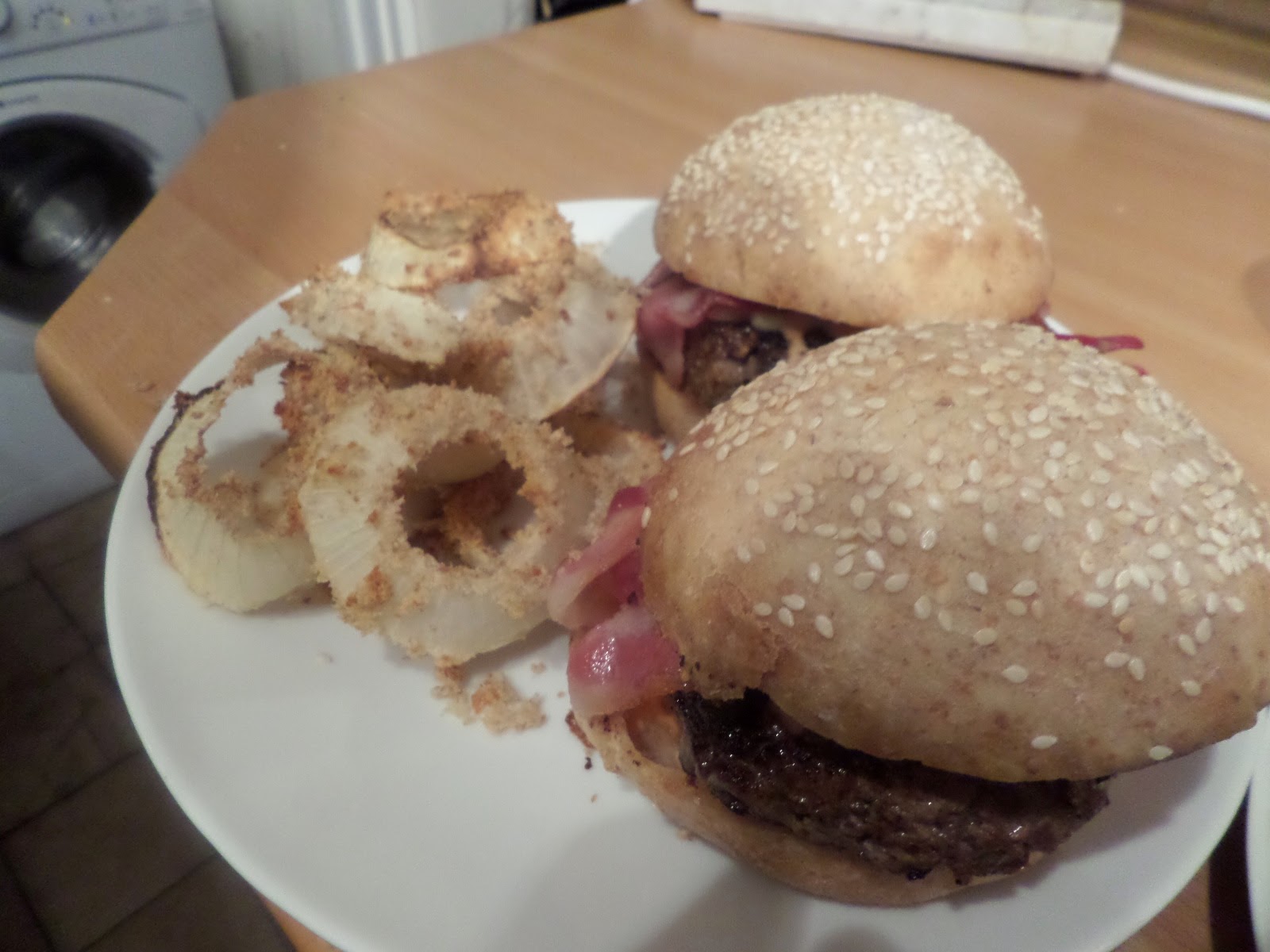 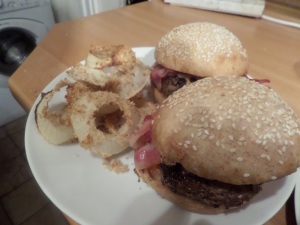 It’s so nice when you’re able to have a nice rare burger. But you can’t just buy some beef mince and cook it rare — you’re probably going to give yourself food poisoning.

What you need to do is buy some quality steak that’s capable of being cooked rare, and turn that into mince. Normally that requires a meat grinder, which we don’t have, and are expensive things to buy if you’re only going to use them a couple of times a year.

Thankfully this Cook’s Illustrated recipe shows how you can do it without needing a dedicated meet grinder, by freezing the meet then using the food processor to mince it. They get cooked first in a frying pan, for two minutes each side, then into a low 140C fan oven for 3-5 minutes, until the internal temperature is 52C, which hopefully should give us a nice rare burger.

One problem I ran into was with what cut of beef to get. The recipe calls for sirloin tips, but US sirloin isn’t UK sirloin. So I’ve gone with rump, which seems to be the closest cut we have to the US sirloin.

Of course the bun will be sourdough buns, enriched with butter and eggs, topped with sesame seeds, and baked for just 10 minutes so they’re nice and soft. 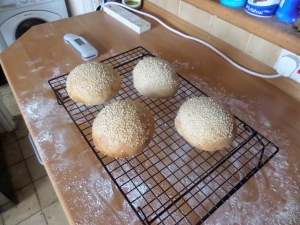 To go with the burger we’re going to do breaded onion rings. We’ll use the biggest of our garden onions, covered in sourdough breadcrumbs we’ve kept in the freezer, using flour and egg with sour cream to bind the crumbs to the onion. Then it’s into a 200C fan oven for about 15 minutes. And… the breadcrumbs did’t stick well. We need to process our breadcrumbs more before freezing them, as the large crumbs just fell off :( 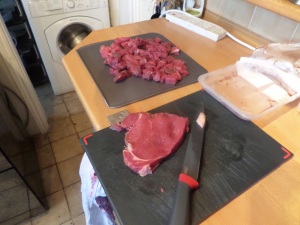 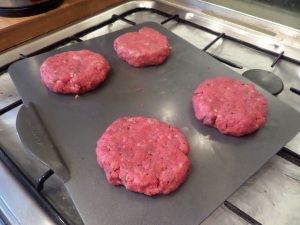 Which we fried then baked as instructed, with cheese and bacon on (because… cheese and because… bacon!) 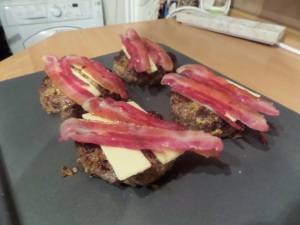 And they were only 42C… so we put back in the oven for another minute or so… and then they were 56C… damn! Not rare, not medium rare! 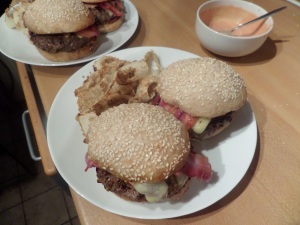 Despite the technically-medium cooking, they tasted like they were rare: really juicy and meaty. I guess using rump steak rather than cheap mince has its advantages!

Seriously: even with the slight over-cooking, these are worth both the cost and effort. Sod quick cheap burgers: eat more healthy veg, then have these one a month!

One thought on “Rare Burgers”