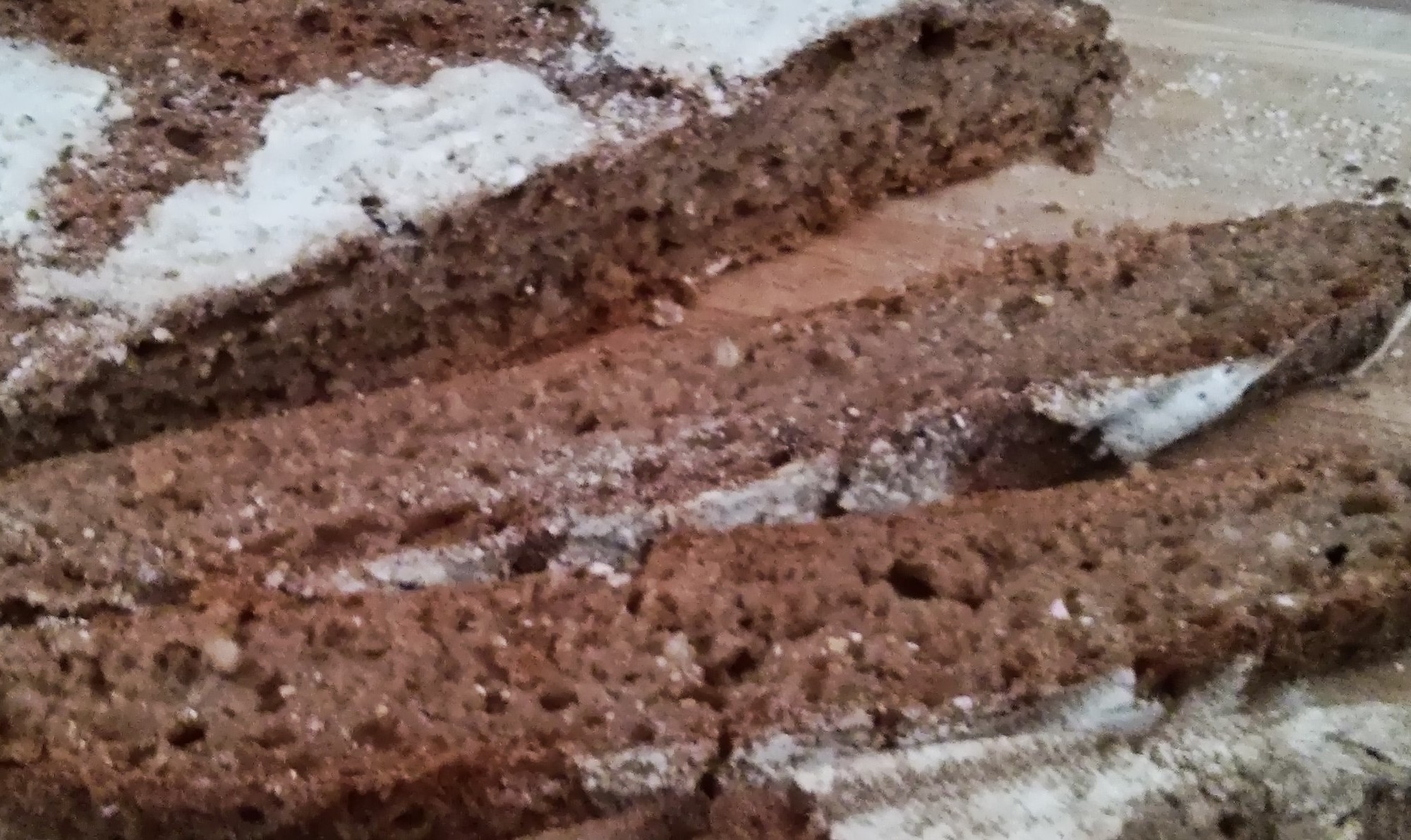 So it’s the second version using the banneton this week. I’m using up the last bottle of root beer and the last of the granary flour, so it’s exactly the same ingredients as last week.

However I am planning a much longer prove. I was going to go for two hours, but due to re-heating enchiladas for breakfast (mmm) it ended up being nearer two and a half hours as I wanted the pizza stone to have a full hour at max oven temperature to heat up fully.

The extra prove time really made a difference. After an hour you could hardly tell it had risen, but after two and a half hours it was at the top of the banneton!

Unfortunately it also stuck to the banneton when I turned it out… I’ll have to work on that!

Out of the oven and two things are noticeable:

Cutting into it revealed a really good and light crumb! 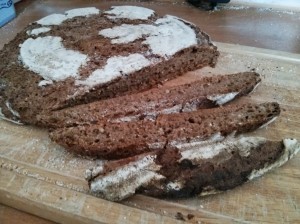 It was a great nutty taste too, so it’s not all bad!

In fact I think I’m heading in an interesting direction, I just need to keep playing with things to get them right. So, changes for next week:

More flour in banneton, and spread it by hand
Spreading it around by hand to make sure all areas are covered.

Prove until it’s noticeably bigger. 1.5-2 hours
Two and half hours was too much, one hour was not enough.

Score the top before cooking
To try and help it expand upwards.

Back to the total cooking time of 50 minutes
The hour works for the tinned version, but not this banneton version.