It’s a ‘pot luck‘ day at work, so I’m doing the Brioche Crown for it, but this time with added pesto, homemade of course!

For once I took the butter and eggs out of the fridge in advance, so combining the butter slowly into the dough was much easier than previously.

While the dough rose I made a pesto. Starting with toasting pine nuts in the frying pan.

Then pulsing with basil, olive oil and garlic in the food processor.

When the dough had risen I rolled it out. 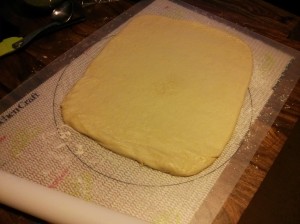 Then brushed the pesto over it. 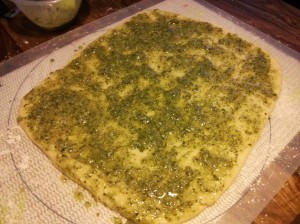 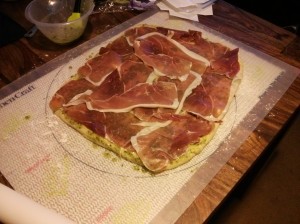 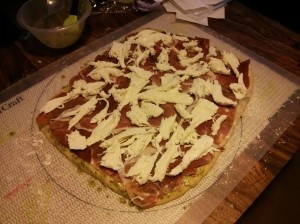 Then I rolled it up.

Cut it into two.

Twisted it together into one. 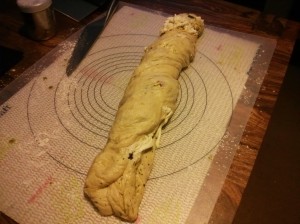 And put on a baking sheet on the baking tray. 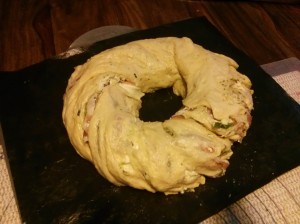 Then in a bin liner to prove! 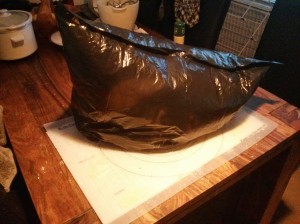 After it proved I brushed with egg wash then grated parmesan. I’m a little worried about the amount of oil due to the pesto… but it’s too late to do much about that now!

Yeah… bloody thing closed up on itself so it’s no longer a crown :( I’ll have to cut slices at work to make it clear how it’s supposed to work :S

It’s a bit flat :( I think that’s all that oil from the pesto. I think next time I’ll either do much less oil in the pesto, or just stick to basil leaves!