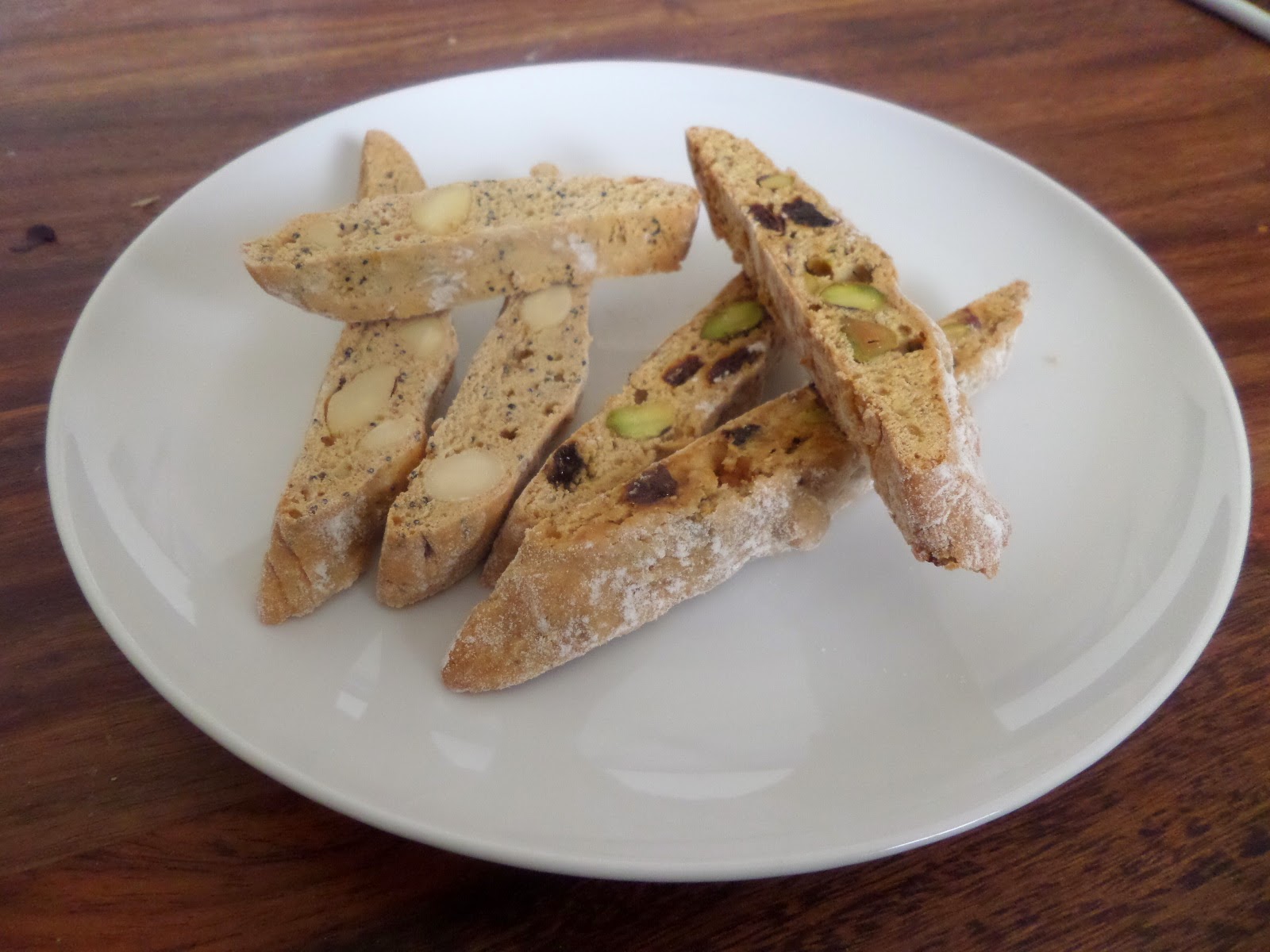 Sourdough Surprises this month is biscotti. A popular choice in this house certainly!

I made xmas sourdough biscotti last year, and they worked well, so I’ve already got my recipe sorted.

So I just need to decide on a flavour. Or maybe two flavours…

Let’s start with lavender. We’ve got loads of it dried in the shed, and we hardly ever use it. OK so a couple of teaspoons of lavender for this recipe isn’t going to put a huge dent in our reserves, but I feel like I should at least try to use it.

Turning to Cook’s Illustrated I see a basic honey and lavender recipe, a popular flavour combination I found all over the internet. However there’re no fruits or nuts in it, and I like those in my biscotti. Turning to my Flavor Bible I find that lavender works well with all the regular fruits and nuts you’d expect to find in a biscotti. I don’t want to overpower the delicate honey and lavender flavour, so I’m just going to add raisins and pistachios.

While on Cook’s Illustrated’s website I also noticed they have a lemon & sesame biscotti. Sounds nice, but lemon & poppy seed sounds nicer, and I like the idea of the poppy seeds peppering the look of the biscotti. Once again they didn’t have any fruit or nuts in the mix… so I’m going to add some, but I don’t want to detract from the poppy seed look, so I’m just going to add blanched almonds.

When I designed my sourdough biscotti I started by looking at my previous non-sourdough recipe and I could see this was going to be a challenge as the only liquid in them were three eggs.

So for the refresh I’m going to convert to 50% hydration:

This goes on top the the fridge overnight to refresh, along with a couple of other starters that are refreshing for other things, like gnocchi and dinner rolls! 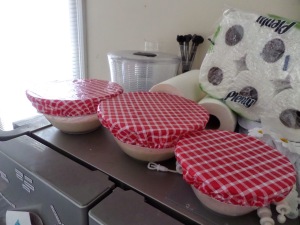 This gives me 225g of refreshed 50% starter containing 150g flour and 75g liquid. I’ll use this to replace 150g of flour, 1 egg, and 1 tsp of baking powder from the original recipe to give me:

This all gets mixed together in the stand mixer, which as before starts out looking impossibly dry… then ends up being a really sticky dough. In fact runnier than I remember, hmm… 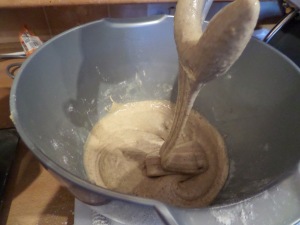 Anyway I then split this into two batches and mix in the two different flavours: 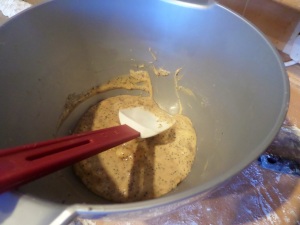 Each batch gets split into two and rolled out into sausage shapes, placed on lined baking sheets. 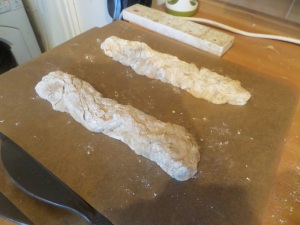 Rise for a couple of hours at room temperature.

Then it’s into a 160C fan oven for 25 minutes and the loaves come out. The oven goes down to 140C fan, and once the loaves are cool enough to handle they get cut on the bias to form biscotti shapes. 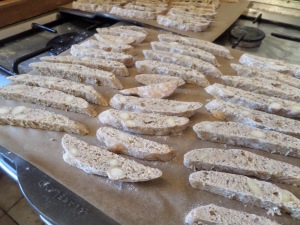 Then it’s back into the oven for 15 minutes, then they all get flipped before a final 15 minutes. 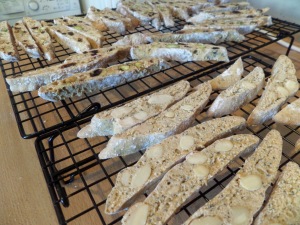 Then they just have to cool before we can taste them… 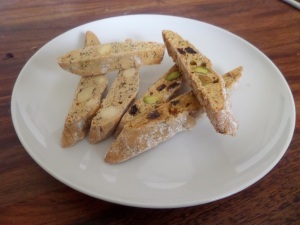 The honey and lavender ones have just a hint of lavender, which avoids any soapy taste, which is good! They’ve also got a slightly soft centre which I like.

The lemon and poppy seed ones are crunchier, probably more authentic, but not how I like them. Then again, after being dipped in coffee they’re very good!

Check out the other sourdough biscotti the gang have made:

One thought on “Sourdough Biscotti”