I was hoping to have our first BBQ of the year today, making adana kebabs again, but the weather has decided that’s not going to happen.

However we’re not giving up on the kebabs, I’ll just them under the grill (broiler).

What I forgot about the recipe is that you knead the meat, rather than than adding anything to it (apart from spices of course!). 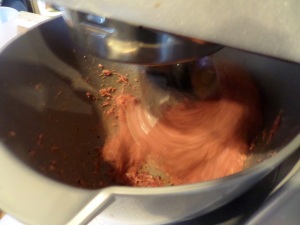 Sourdough flatbreads from the oven. This time I baked them thin and one at a time, in an attempt to make good kebab-rolling breads. 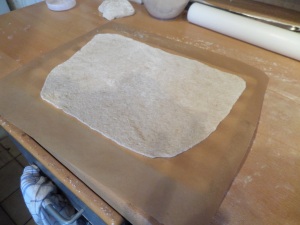 Initially it was five minutes at max 230C fan on a baking stone, but these were a bit stiff, so I went down to four minutes and I think I’ve cracked it!

Halloumi fried on the hob.

Grill kebabs of course, on the nice wide skewers we’ve got, so you can actually turn them! 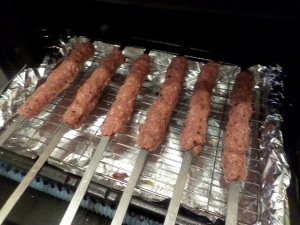 No kebab is complete without pickled chillies, and ours are ones from our garden. Plus of course various salads. 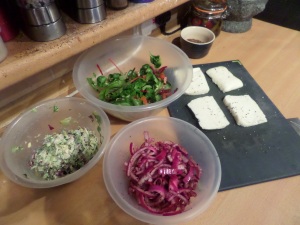 Then it’s just plating up!

Mmm mmm mmm. Proper spicy kebabs, with loads of salads (most of which were also spicy!).

I was particularly happy with the large, flexible flatbreads: I’ll be doing them again.