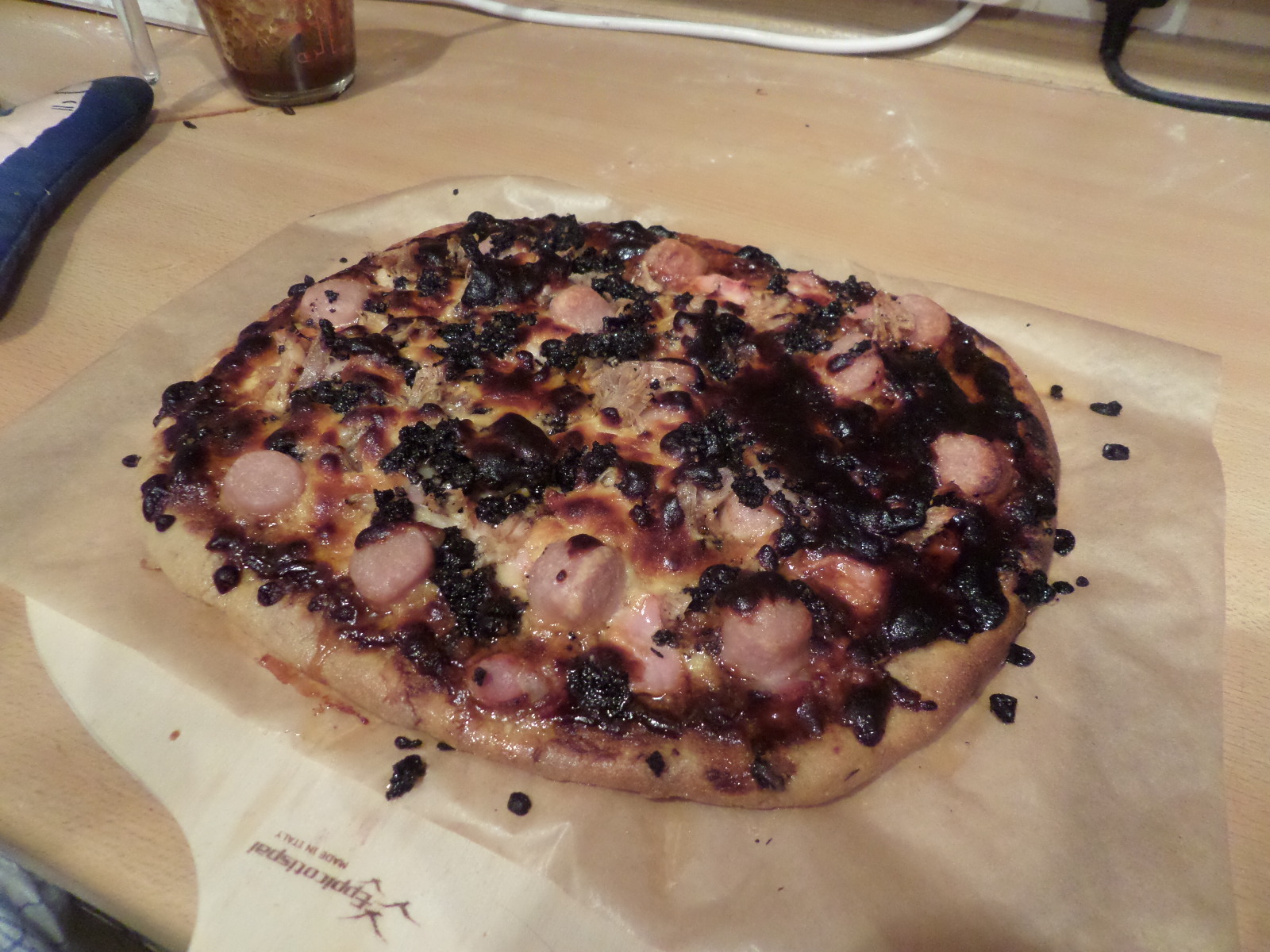 Rather than run the gambit trying to order delivery pizza, which would be a nightmare on NYE, we’re going to make what we’d normally order at home, and try and use up the excess xmas food while we’re at it.

I didn’t think 500g of dough would be enough for two pizzas, so I made a 750g+ dough… which looks like enough for three pizzas… oh well! Two pizzas will be enough with everything else.

Topped with tomato purée, then whatever cheese and toppings are lying around the fridge, which turned out to be:

Ribs… but without using the BBQ or slow cooker. We don’t want dry oven-cooked ribs, so it’s off to Cook’s Illustrated for how to do smoky indoor ribs. I was expecting a long low oven cook, with some liquid smoke. While the liquid smoke was right they actually get braised, using coffee!