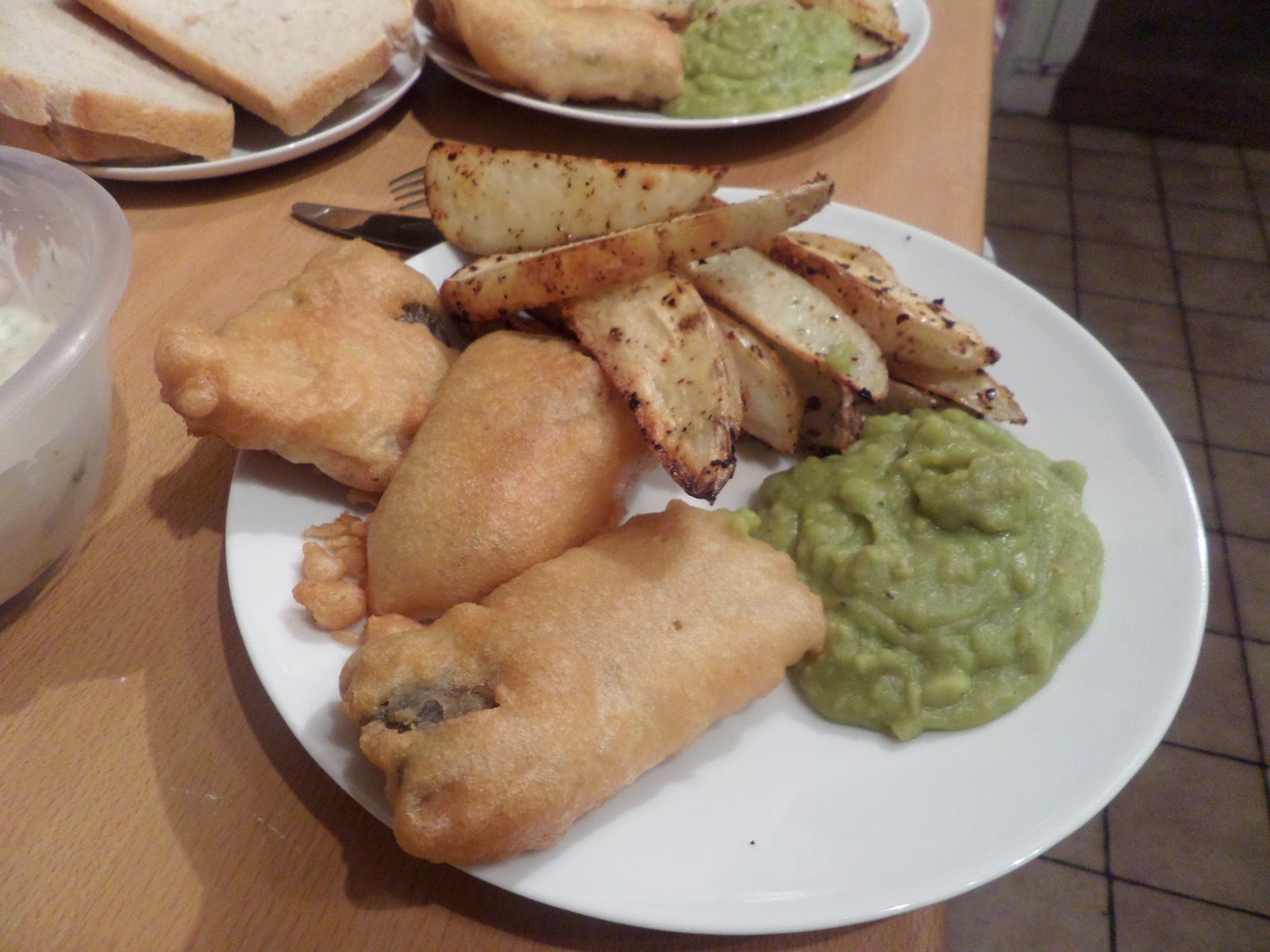 We popped down to Nunhead today to check out a few shops we’ve only just learned about to see what’s on offer:

We decided in the pub that we’d actually deep-fry our fish for a change. I assumed my first task when getting home would be looking up a good batter recipe, but I then decided I wanted a chip butty, so I’m making an emergency load of bread first.

The Sodo starter was refreshed yesterday, so I’m nicking 150g of it from the fridge to make a loaf: in an actual loaf tin for a change!

A quick check on what flours I had available revealed some potato flour that’s best before this month, so I’m going with that: 180g of strong white plus 70g of the potato flour get autolyzed with 150g of skimmed milk. 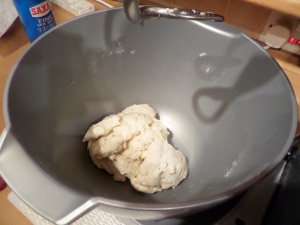 This gets 150g of Sodo starter added, plus 1 tsp of salt, the mixer kneads then a bit of rising/stretching/folding before proofing in the fridge overnight. 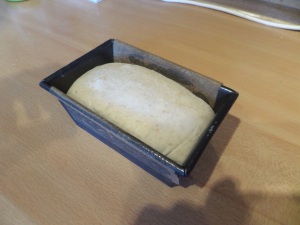 I’m using my new lava rocks to create some steam in the oven. They’ll heat up for an hour and have ice cubes put on them when the loaf goes in. 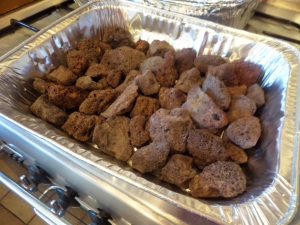 As it’s only a small loaf, and I don’t want it too crusty I’m going to cook for 25 minutes covered, then 10 minutes uncovered with the oven down to 200C fan. 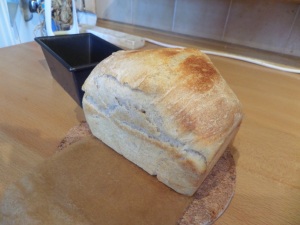 Yeah I’m pretty happy with that!

Now it’s a pretty small loaf, and it’s not going to fit many chips inside if cut the traditional way, so I’m going to cut it lengthways to maximise by chip butty size. 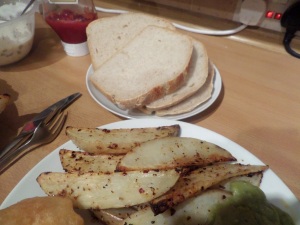 The chips themselves will actually be oven cooked wedges. This isn’t for any health reasons, it’s just that as we’re going to fry the fish and trying to manage two pots of hot oil and timing everything to be ready at the same time would be a nightmare. So we’ll wash potatoes, chop them up with the skin on, brush with oil, season with piri piri seasoning, then cook for 30-35 minutes, giving them a turn half way through.

Onto deep frying fish – this is new to us. We’ve alway gone down the healthy baked versions previously, so we’re turning to the ever-reliable Felicity Cloake and her ‘cook the perfect’ recipe in The Grawdian. 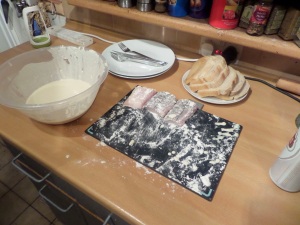 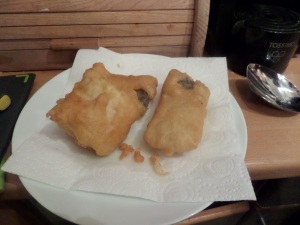 Things get even less homemade when it comes to the mushy peas: we’re just opening a tin! We are however doctoring them to make Soph’s signature coriander-spiced mushy peas (ie adding a tsp of ground coriander and mixing it in :). 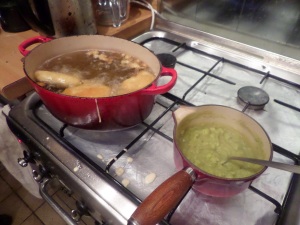 So… time to plate up! 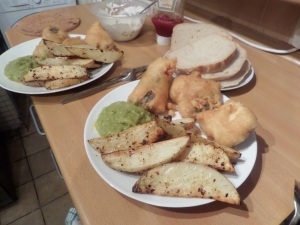 So… the wedges were slightly under…. but if you chose the thin ones and put them in the bread for a butty is was great! Tartar sauce was nicely tangy, and the peas nicely spicy. But the star of the show was the fish: it was flaky and perfectly just cooked, and the batter was big and crispy: perfect!

One thought on “Fish & Chips”