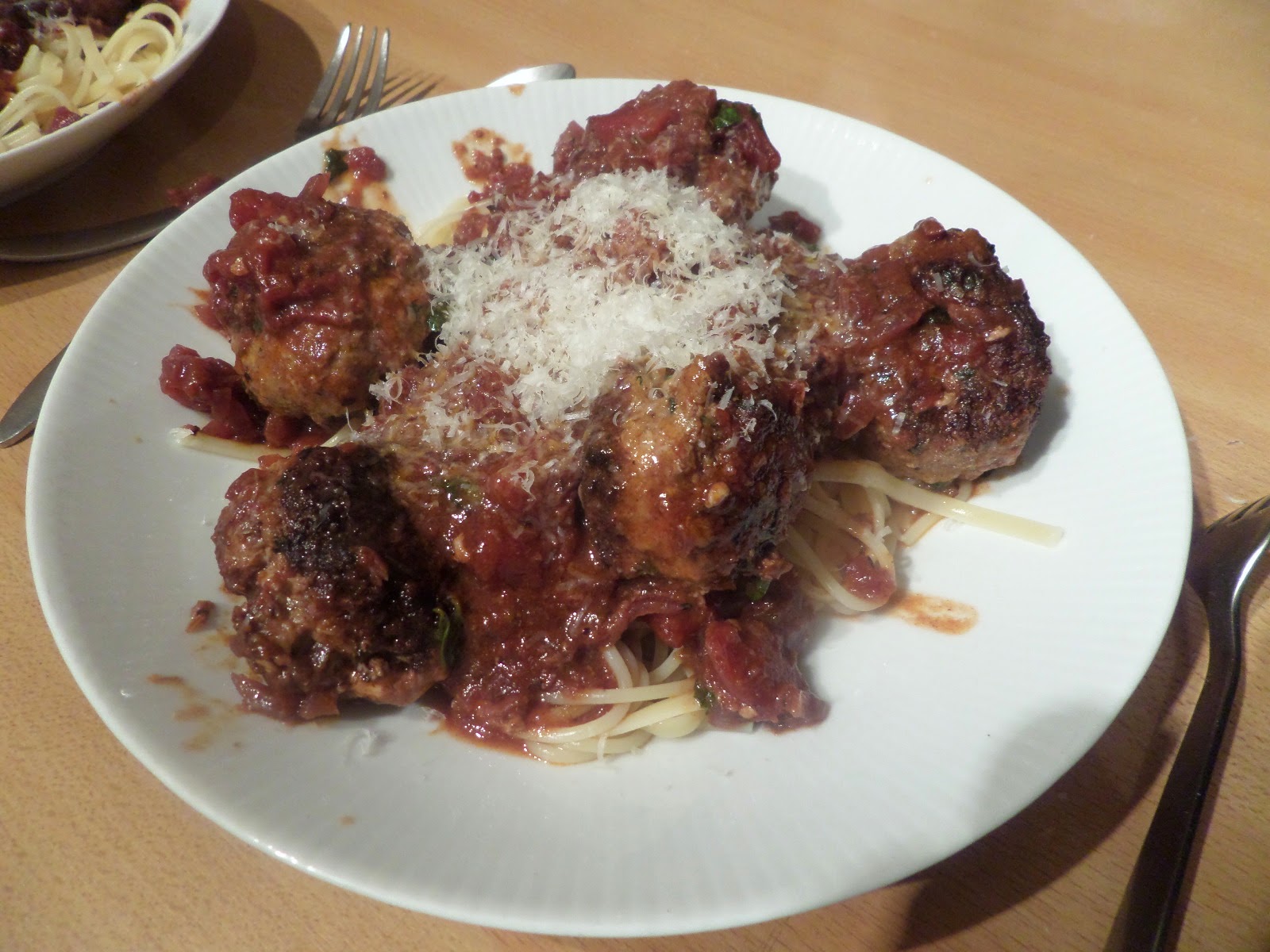 Meatballs aren’t the healthiest meal going, and certainly not when you stuff them with cheese!

At least I’ll be making my own pasta for them: that makes it OK right…?

The original recipe serves six, and for once I’m going to reduce the recipe… mainly because there’s no space left in the freezer for any more leftovers! I’m just going to half the recipe; I’m sure we’ll get through a large portion each.

So I started by making the pasta dough. Two eggs weights 99 grams, so 200 grams of flour and into the food processor. But it wouldn’t come together, to I added a bit of water to bring it together.

Then after chilling I rolled half out. Then the pasta roller broke. £80 of pasta roller breaks on the 23rd use. I am not happy at this point. The dried pasta will be just as good, but I like making my own pasta, and I paid good money for what I thought was a decent machine. Grr grumble etc…

Meatballs are made from sausage meat, beef mince, parmesan and breadcrumbs, and rolled around mozzarella ‘pearls’, as sold by Tesco (other evil hypermarkets are available).

Then the meatballs get fried up for three minutes top and bottom.

Then things get combined, and things are covered to give the meatballs four minutes on each side while the sauce poaches/steams them. 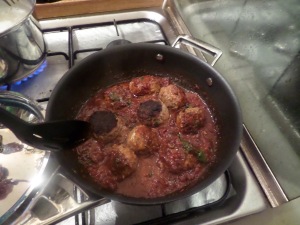 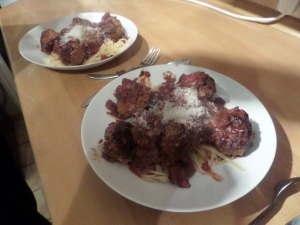 Thankfully the supermarket pasta didn’t ruin things :) The meatballs were really tasty, the sauce was deep and subtlety spicy, and the cheesy middle really made it special.

One thought on “Cheese-Stuffed Meatballs”