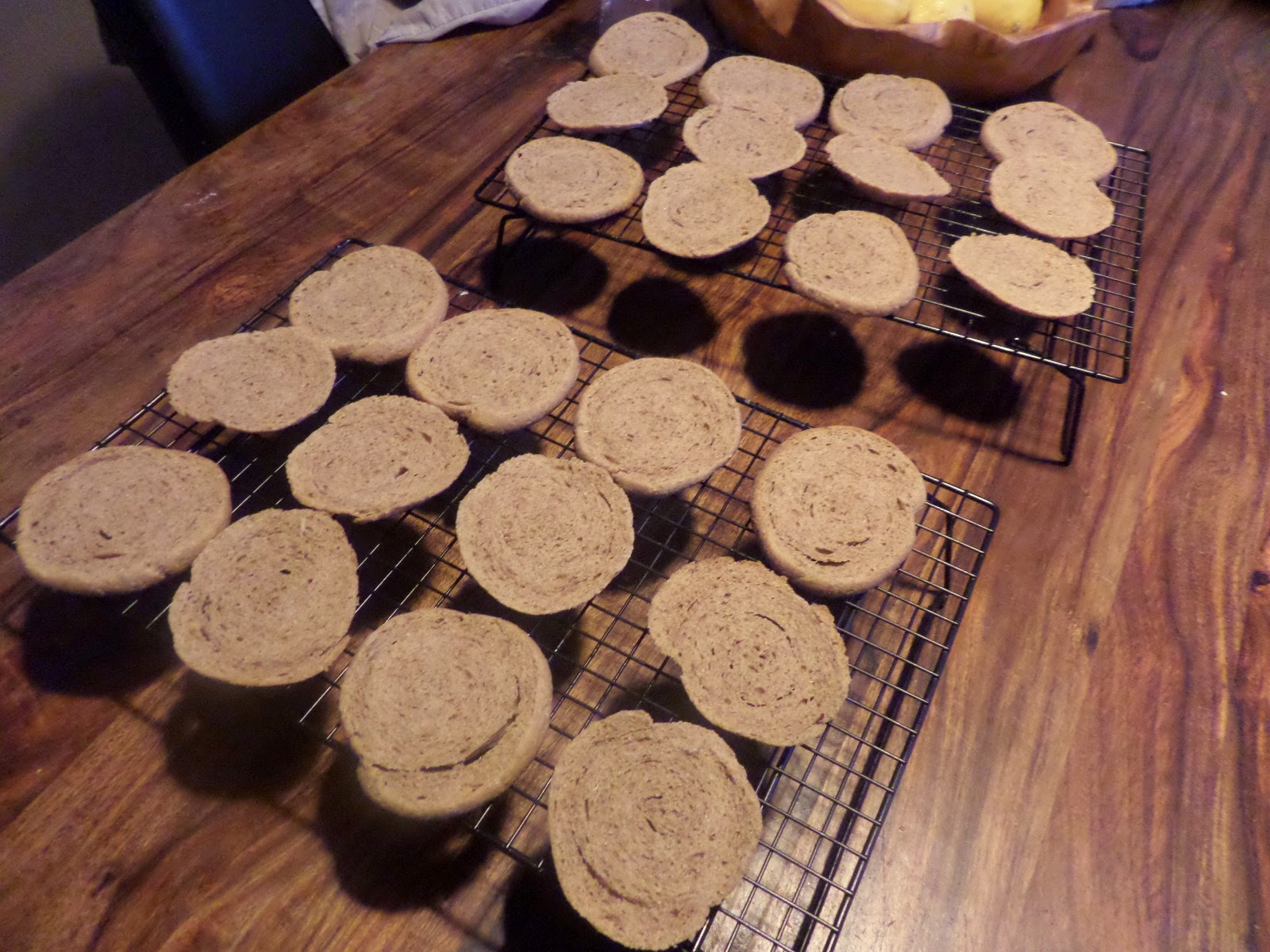 We’ve run out of dakos, so it’s time to do them again.

As planned previously I’m not going to bother with scoring them, as a) I’ll probably forget again, and b) it would still be a nightmare to cut them after an hour’s baking. Instead I’ll be cooking for 30 minutes without scoring, cooling, slicing, then crisping up.

Also I’ll be doing a full dozen rolls this time, because these things don’t go off but the flour is already past its best before date. 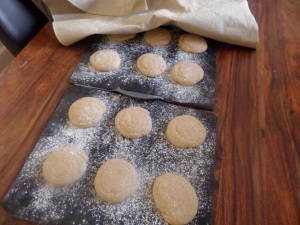 After 30 minutes in the oven they look good and seem like a good cutting consistency.

They were much easier to slice this time, but I think next time I will score them first to give an easy entry point and guide.

Drying out in the oven at 110C fan took two hours, longer than the 1h30m last time, but that makes sense given the shorter initial bake.

When cooled we’ll bag them up and put them in the bread bin, and use for weeknight dakos meals. Mmm…