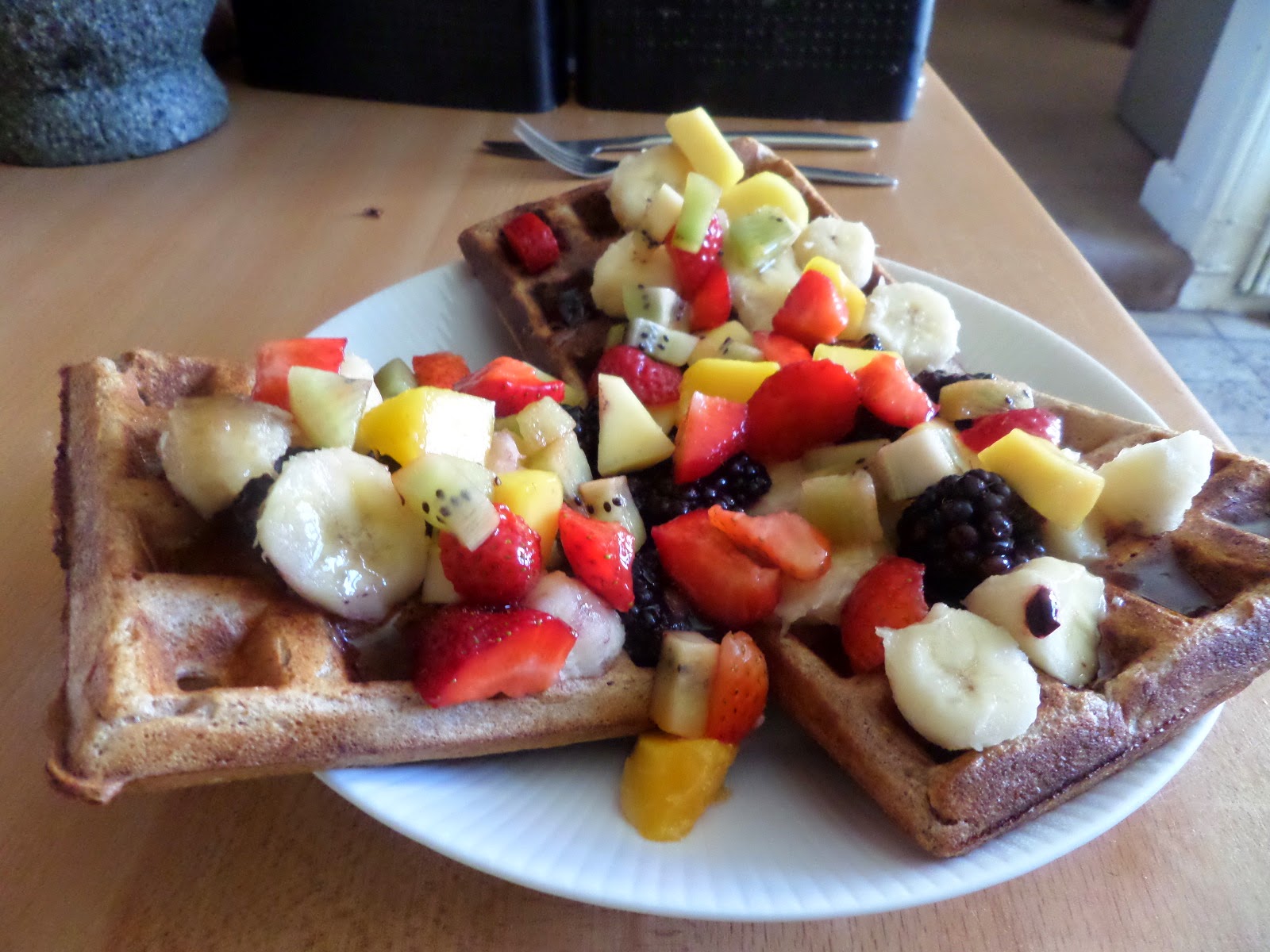 We made apple waffles again today for breakfast, and while it was lovely with strawberries and raspberries from the garden, and star fruit from one of the Chinese supermarkets near work, there were still doneness issues on the waffles. (If you’re wondering why you don’t see those fruit on the picture, it’s because I forgot to take pictures, so I had to use a previous image…)

Also for this batch I didn’t have a large egg, so I used two medium eggs, and that worked fine. As did using three apples. We had a bit of batter left over, but that’s actually probably better than having to scrape around the bowl for the last batch as normally happens.