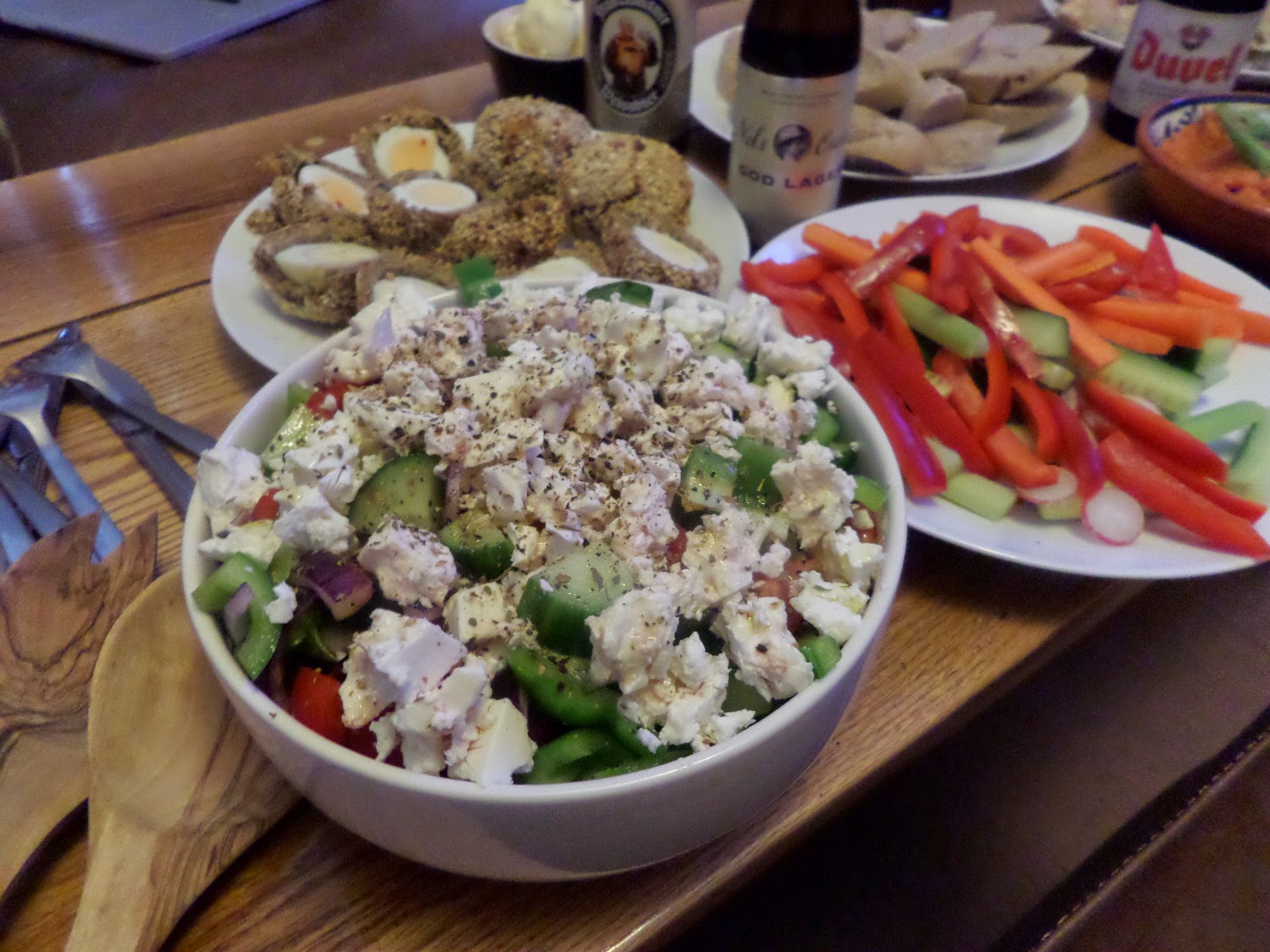 Eurovision is of course great excuse for euro-themed party food, but as we’re trying to keep the calories down in the run up to our summer holiday we’re going for healthier snacks than you’d normally expect.

I’ll be using by Sodo wheat starter for these, doing a 500g total mix (a normal loaf is 1kg), and adding a couple of tablespoons of olive oil for flavour.

A genius idea from BBC Good Food using falafel instead of pork sausage meat! The recipe calls for breadcrumbs, but I’ve heard you can use stale crackers instead of breadcrumbs, so as we’ve got lots of those I’m going to try it out.

Loosely based on this Slimming World recipe.

Loosely based on this BBC Good Food recipe, but done as individual rolls rather than one big one. 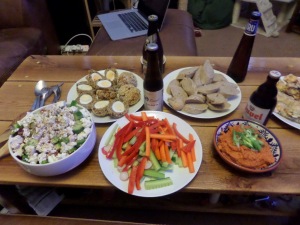 The scotch eggs… dare I say it: better than the pork version! The humus ended up with a lot of extra garlic and chilli (shock!) and it amazing. Bread it lovely and light. And the strudel… well it’s strudel and lovely!