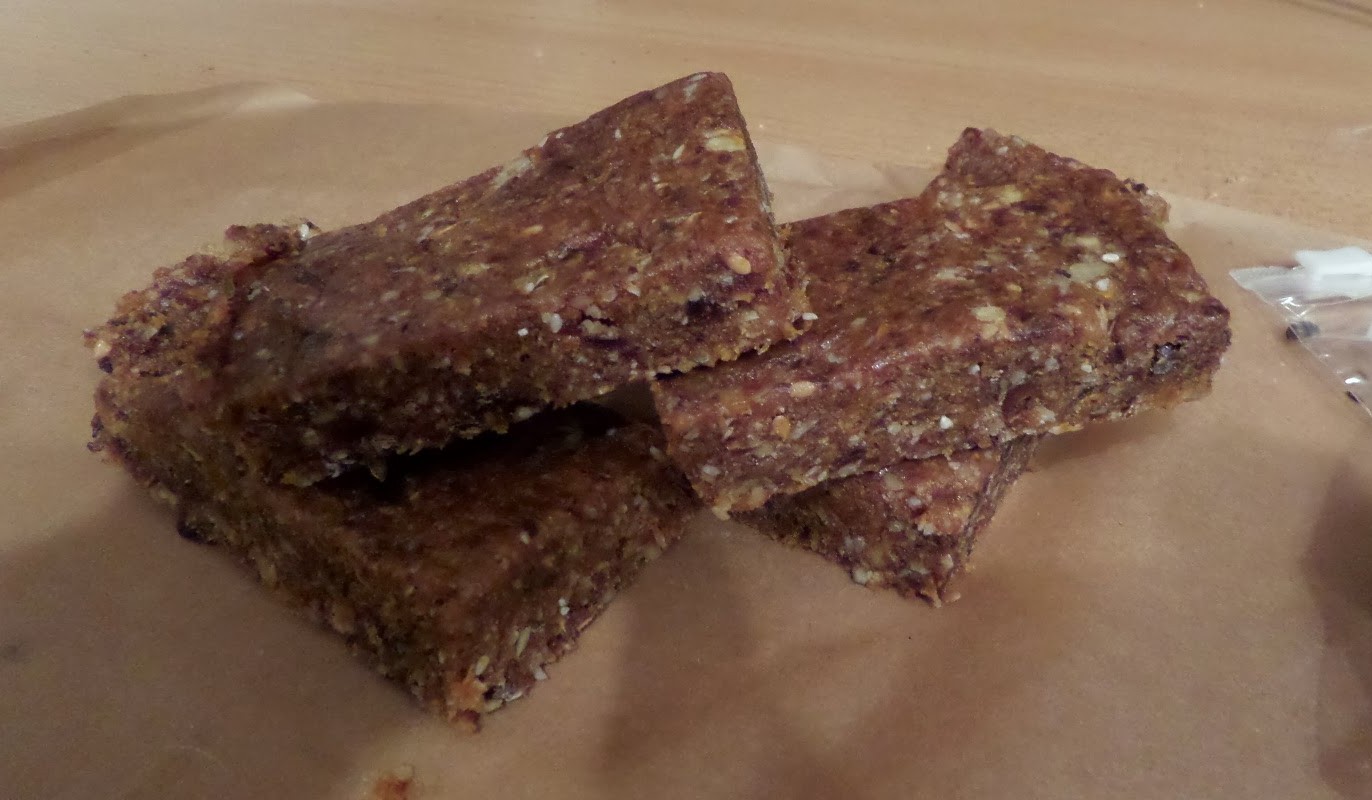 I went for a long cycle ride today: 3 hours out to The Kings Arms in Rochester, had myself a nice lunch of gammon, egg, pineapple, chips, salad & coleslaw, plus a pint of Bath Gem ale, then over 4 hours back due to heavy winds and in the last half hour torrential rain.

Apart form the wind and rain on the way back it was a great ride. The first two hours are roads that nearly all have cycle lanes or cycle paths (shared with pedestrians, of which there were hardly any) and then it’s on to Sustrans Route 1 through various bridle paths and similar off-road routes (some of which had very narrow gates that my hybrid handle bars struggled with, confirming that I need a touring bike with drop handle bars!).

I packed myself some Eat Natural bars as an energy snack to be had at the half-way mark out and back. It struck me as I was snacking on these that I could make something similar myself by using up the various dried fruit and nuts we have lying around.

So I tipped out all the open packs of fruit and nuts on the counter, along with a pack of dates that would make a good sticky base for the bars, and some ginger and cayenne for a bit of a kick! 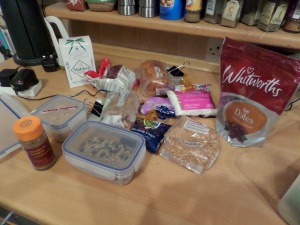 I ended up throwing the following into the food processor:

This filled the food processor up pretty much… so it took a while to process it into the gooey paste I was looking for. Then it was into a lined baking tin, and into the fridge for a couple of hours to chill. 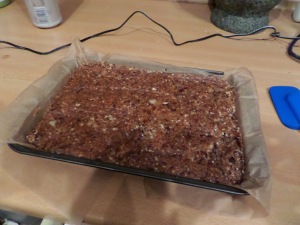 Now I think about it this is more like the Nakd bars than Eat Natural ones, but they’re all nice and full of healthful stuff.

After chilling in the fridge I chopped then into bars and put them into zip-lock bags in the freezer. 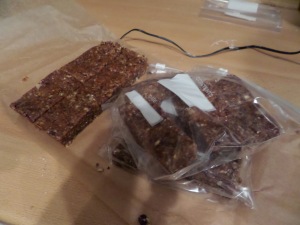 I’m planning another long ride next weekend to help offset our Superbowl snacks. I’ll probably go to the same pub given the good food, friendly staff and good selection of beers, and on the way I’ll snack on these energy bars!