I’ve been wanting to try making cheese straws for a while now, and decided this was the weekend to do it. Then last night I saw this post on Reddit and decided that cheddar and jalapeño flavour needed to be done for my next rye sourdough, and then this morning for my cheese straws too!

So the basic cheese straw mix is:

Everything but the egg yolk goes into the food processor. 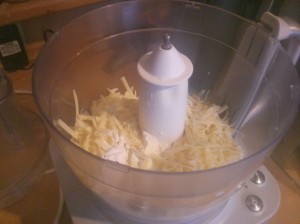 This gets pulsed into breadcrumb consistency.

Then I added the egg yolk and jalps.

After a good pulsing I was glad to see the jalps hadn’t been completely puréed… but it still hadn’t come together properly. 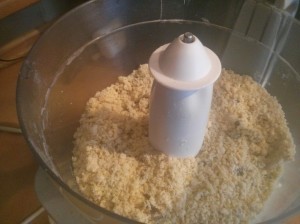 Then I realised that all the egg has stuck to the corners, and it took a knife (not just a scraper) to free it up. After that things came together better.

Then I made it into a dough ball by hand, and put in the fridge to chill for half an hour.

After chilling it gets rolled out and cut into strips. Me bing me… rules and 1cm measurements were involved! 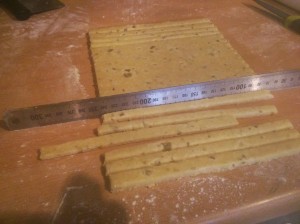 Then they get brushed with egg yolk and sprinkled with grated parmesan. On my re-roll I actually brushed and sprinkled before cutting into strips, and that worked juts as well. 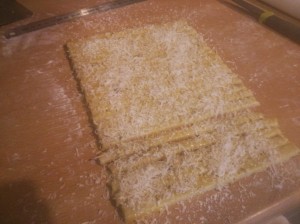 Then it’s on to lined baking sheets. 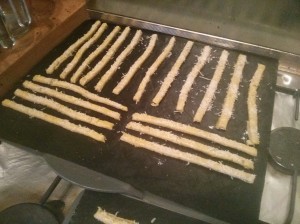 Then it’s 15mins at 180c fan to cook them, then another 15mins at 100c to dry them out for a nice crisp mouthfeel (according to a recipe I’ve lost the link to… sorry!).

And they are indeed nice and crispy! And the jalps give them a nice kick; possibly the sort of kick I need to warn people about when I take them into the office tomorrow!

They survived the trip into work on my bike surprisingly well, with only one of them snapping. I packed them into a plastic container lined and padded between layers with kitchen roll.

However they had lost their snap overnight. They’re not soggy to bite into, but they wouldn’t pass Paul Hollywood’s snap test! So I think next time I’ll try 30mins for the 100c drying phase.

One thought on “Spicy Cheese Straws”