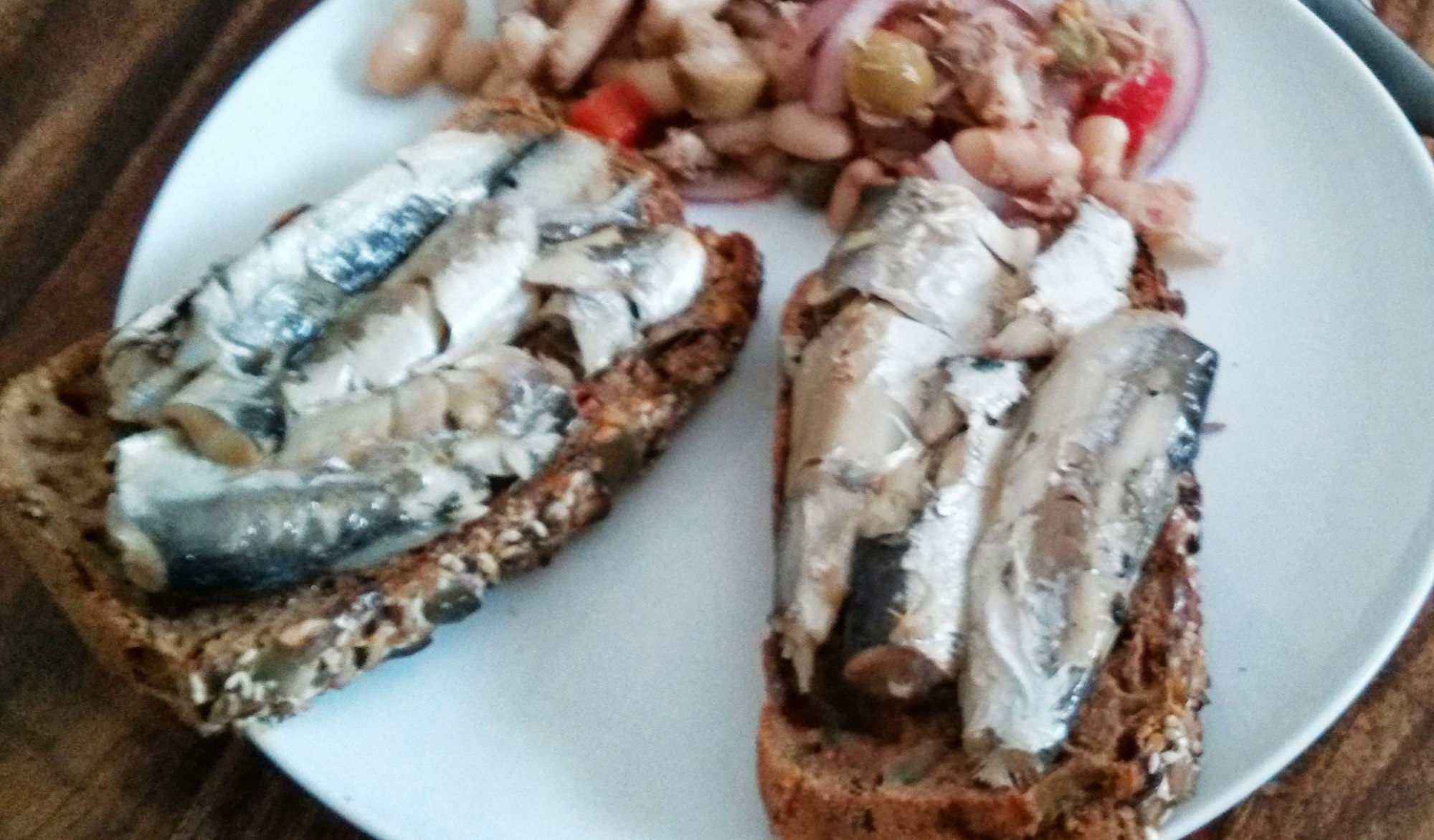 My rye sourdough is most commonly used for my post-workout high0protein breakfast in the morning: sardines on toast.  So instead of trying ginger beer or root beer, I decided to make something that’s a good flavour match for sardines.

So I broke out my trust Flavor Bible to see what matched, and cross-referenced with mackerel as that’s also a common ‘on toast’ in the mornings. Of the good flavour matches, I looked for things I’ll have lying around the house most weekends, and so came up with: onions, garlic, tomatoes, black pepper & red wine vinegar. There were also some common herbs: thyme, parsley & fennel. 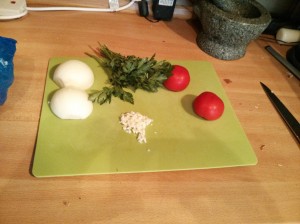 So I’m starting with an onion, garlic, tomatoes and parsley. I finely chop the garlic, cut the onion into half rings, scooped out the liquid from the tomatoes then roughly chopped the outer part, and roughly chopped some parsley. 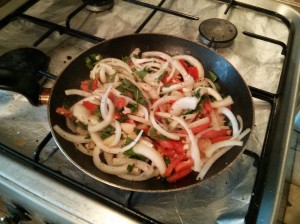 This all got fried up in FryLight butter spray, black pepper and salt. 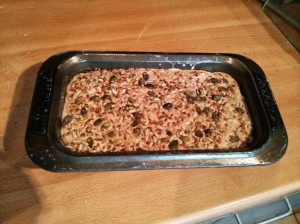 Once mixed into the rye sourdough (which has 200g of spelt flour this week) it’s into the tin and topped with seeds as per usual. 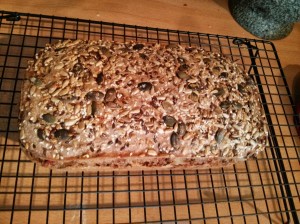 Soph had warned about excess liquid causing problems, so I added 5 minutes to the baking time, and it came out at just over 9c and looking good, so I put it on the rack. 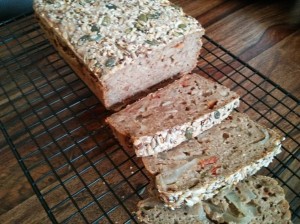 Cutting into the bread it looked a little underdone. I think next time I’d go for even more baking time; rye bread doesn’t over-bake easily so that should be fine. I think I’ll do 15mins at max temp, then 45mins at 180c fan (instead of 35mins normally). 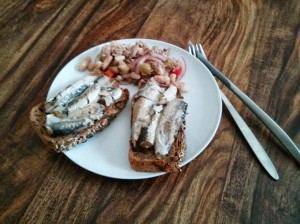 Toasted up any sign of being underdone was gone, and it tasted great with spicy sardines and some of Soph’s tuna salad.